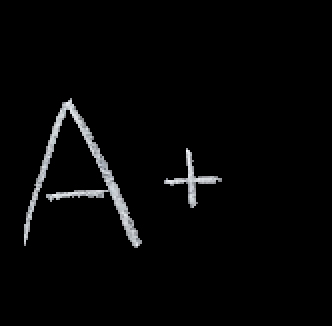 On Saturday, I transcribed a bunch of Notes for this Toolbox. Took them out of my notebook and placed them in a computer document, so on Sunday, I could print them out and reshape them into something readable to share. I was very excited because this task is one of my writing goals for 2020— to write something new for this Toolbox every week. The goal is doable because I have a plan. Use my early morning writing sessions, Monday through Friday, to compose rough drafts. Transcribe the notes on Saturday and edit on Sunday. On Sundays, I’ll rework at least one, if not more, in order to build up a reserve in the newsletter cue. It’s a grand plan; I get giddy just thinking about it. And the thinking about it is why I’m writing this now.

Because when I sat down to rework the newsletter I planned to send out today, rather than begin I gazed out the window at the half-ass sunny day with the light blue sky and puffy white clouds visible between the tall stick-like trees that are so dreary this time of year. I gazed out the window and thought, the idea of rewriting an essay, short story or novel into a crisp piece of prose that lingers in the mind of all those who read it is much easier than the doing of it. The doing of it is often a relentlessly cranky time, with starts and stops, and doubts that my Whores of Negativity double down on until finishing a sentence is, well, it would be easier for me to extract a wisdom tooth from my own mouth. And THAT got me thinking about this whole writing thing. Again.

Why do I keep on? The odds are stacked against me. Why put myself through the frustration of rewrites, and the there’s-a-lot-to-admire-here-but-I-don’t-feel-I’m-the-right-advocate-for-this-project kind of rejections? Why not stop all the unpleasantness and dive deep into the glory that comes from imagining the novel’s success just like Ralphie does when he day dreams about his Christmas theme in A Christmas Story? He just knows that his teacher will be so blown away by his masterpiece about the Red Rider Carbine Action 200-shot Air Riffle that she’ll “excuse him from theme writing for the rest of his natural life.” It’s truly a glorious moment for Ralphie as he dreams about his teacher assigning him an A+ + + + + and watching her writing it on the chalkboards all around the room.

I could do that. I have done it. Not the A + + +. But I have dreamed about my book landing on the New York Times Best Sellers list. Early in my journey, I made a collage that included a mockup of the list with all three of my novels in the top three slots. Yeppir, me and Ralphie are big dreamers.

Today, I was thinking, what’s the harm and why not? To wile away the hours of my life reading books and dreaming about writing them sounds delightful. But it’s not going to happen. Because if I choose only to dream, sooner or later the day will arrive when I’ll wonder what if? What if I’d done the work? What if I’d followed through with my writing life? Would my novels or memoir be published? Those words made my chest clench, throat constrict and tears wrinkle the pages of my notebook. The clenching, constricting and welling of tears is happening again as I transcribe for this newsletter. It’s a sign. This untenable physical reaction is my heart’s way of saying dreams are overrated. They are part of life. They bring joy, inspire and often lead to solutions, but dreams for the sake of dreaming will not fulfill me the way action does. I need to show up every day, and write crappy sentences, and rearrange them, and put them out into the world any way I can, because if I don’t that inaction will pull the plug on my life force.

I write because my son can’t. He, too, wanted to be a published writer. He wanted to be a lot of things— astronaut, marine biologist, dancer, actor, writer. But he didn’t want to do the work that needed to be done in order to make any of those dreams part of his real life. And actionable steps are the only way dreams come true.

If I don’t take action, I might as well give up. That’s what my son did. He could’ve taken actionable steps to manage his mental health, so he could create the healthy productive life of his dreams. But he refused. Mostly out of fear, I think. The fear of failure. I often wonder if he inherited that from me. We were alike in many ways. He could’ve fought against the failure. He was smart and talented and capable. But he didn’t believe in himself enough to follow through. Instead, he surrendered to the fear and dreamed. Only dreamed. And when his physical pain matched the emotional pain of his “failed existence,” he took his life. He took his life because he believed suicide was his only viable option to attain peace. I know it’s true because I’ve been there.

Fortunately for me, I failed. That failure was an equal burden, but through the act of writing I began to sort myself out. My mission: to write a story about a woman who rises above her failures. It hasn’t been an easy tale to tell. I needed to learn how to write and how to write a novel at the same time. It’s not something I’d recommend. But the challenge of it gave me a purpose, a reason to show up for life— as it turned out. I wish my son had been able to find a purpose strong enough to keep him on this earthly plane. I almost said to keep him in my life, but that would’ve been inaccurate because I feel his presence more deeply than ever. It’s as if his soul has meshed with mine, as if he has returned to my womb. And I feel our bond of love grows deeper with each passing hour. I never would’ve imagined this was possible. The surprises of life are also worth showing up for.

And so, today I write. I write because I can. Because I need to discover how this story ends. Will my story ever resonate deeply enough with readers that agents and editors fight over the chance to represent it? There are no guarantees, but the only way that scenario will become a reality is if I take to the page again, and again, and again. And on that note, excuse me while I get back to work.