Scare in the Night 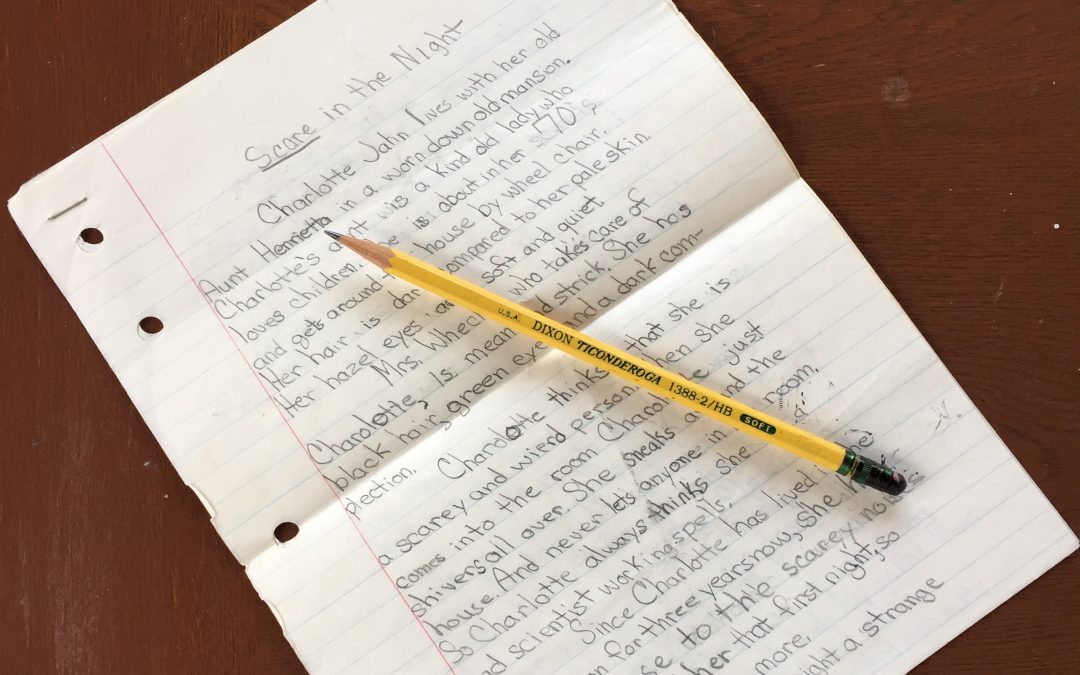 My first short story, written at the age of seven with all its glorious bad grammar and spelling.

Charlotte Jahn lives with her old Aunt Henrietta in a worn-down old mansion. Charlotte’s aunt is a kind old lady who loves children. She is about in her seventies and gets around the house by wheel chair. Her hair is dark compared to her pale skin. Her hazel eyes are soft and quiet.

Mrs. Whecker, who takes care of Charlotte, is mean and strick. She has black hair, green eyes and a dark complection.

Charlotte thinks that she is a scarey and weird person. When she comes into the room Charlotte just shivers all over. She sneaks around the house. And never lets anyone in her room. So Charlotte always thinks she is a mad scientist working spells.

Since Charlotte has lived in the old mansion for three years now, she has become use to the scarey noises that frightened her that first night, so she isn’t scared any more.

But this one night a strange thing happened.

Charlotte had gone to bed at her regular time 8:30. It was 10:00 now and she was still up. This was very unusuall because she usually could go to bed at 8:30 and be asleep by 9:00. But tonight strange things were happening. She could here noises that she had never heard before. They were coming from Mrs. Whecker’s room.

Then she heard a frightening sound. Whatever it was it ticked and made a thud a heavy thud.

She rang the bell for the maids and Mrs. Whecker. She waited 15 to 20 minutes but nobody came.

She ran to the door swung it open and ran out. She ran from room to room frightened of what she might find there. Every room was empty. Then for the last try upstair Charlotte ran to her aunts room. The thud got louder and louder. She open the door, and froze in her spot. She didn’t know what it was all she knew was it was coming toward her. Her aunt’s body lay on the floor.

Charlotte raced out of the room ran down the stairs, and ran out of the house. Was it still coming? She didn’t know all she wanted to do was get away.

It was a bitter cold fall night and it had started to rain. The wind was whistling and howling. Her bare feet were blue and cold. She was exhausted but she must go on. She ran to town which was a 10 min. away. Frightened and cold she reached town, and drop in the street.

The next day the people found Charlotte. Dead! Nobody knew what made her come there. Almost everybody thought she died of the cold. But which one was it the cold and rain, fright or both?

Subscribe for occasional writing tips and updates on my journey to publication!